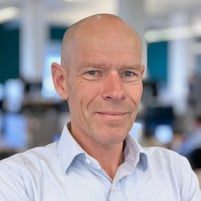 Virtual high throughput screening is a common first step in structure based drug discovery for identifying hits against a therapeutic target from vast libraries of compounds. Virtual screening generally yields low-affinity binders that serve as a starting point for lead generation. However, optimizing a hit’s pharmacokinetic and toxicological properties while maintaining or improving its potency and selectivity remains a formidable challenge. Small chemical changes can result in dramatic, unforeseen losses in activity, often referred to as an ‘activity cliff’. Here, we address that challenge by explicitly visualizing the chemical determinants of molecular recognition between a compound and target. We trained our graph convolutional network, AtomNet® Graphite, to predict affinities of a large number of diverse compounds on a class of kinases. AtomNet® Graphite includes an attention mechanism to distinguish the contribution of distinct molecular interactions to binding affinity. We visualized the interaction weights imposed by the attention mechanism, and analyzed their distributional entropies. We found that our attention mechanism improved AtomNet® Graphite’s predictive power, and helped direct hyperparameter optimization. A retrospective analysis of several compound series revealed that attention weights of chemical groups that increased generally corresponded to more potent compounds, while decreasing weights corresponded to increased selectivity. AtomNet® Graphite’s attention network analysis is a powerful new tool in our hit-to-lead optimization toolbox.

Our team is comprised of over 30 PhD scientists who contribute to a high-performance academic-like culture that fosters robust scientific and technical excellence. We strongly believe that data wins over opinions, and aim for as little dogma as possible in our decision making. Learn more about our team and opportunities at Atomwise.