‘All We Needed Was One’: How Montreal Scientists Found a Promising Compound for Cholesterol Regulation

Since the 2003 discovery that the PCSK9 protein played a key role in regulating metabolism of low-density lipoprotein (LDL), pharmaceutical companies have poured resources into targeting it for cholesterol management. There has been some success with the development of injectable biologics, but the ultimate goal — an easy-to-take pill for keeping bad cholesterol at bay — has stubbornly remained out of reach. 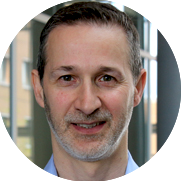 Despite enormous effort, PCSK9 has resisted translation into a small molecule therapeutic. Nearly two decades and millions of compounds later, the protein has largely been abandoned as undruggable. But now a scrappy team of scientists led by Gaétan Mayer at the Montreal Heart Institute and the Faculty of Pharmacy at the Université de Montréal believes they can accomplish what those heavy-hitter pharmas could not. Mayer, who was part of the lab that made the 2003 discovery about PCSK9 and has been working on it ever since, says his team’s experience with this protein is a key differentiator. “We were there at the beginning, and we know all the details of this mechanism,” he says. “Pharmaceutical companies didn’t take the approach we would have taken. We think we’re better placed to find what we need.”

Mayer knew that the protein would be challenging to target due to many undesirable physical properties. He had a different approach in mind, but as an academic researcher he lacked the high-throughput screening typically needed for drug discovery. 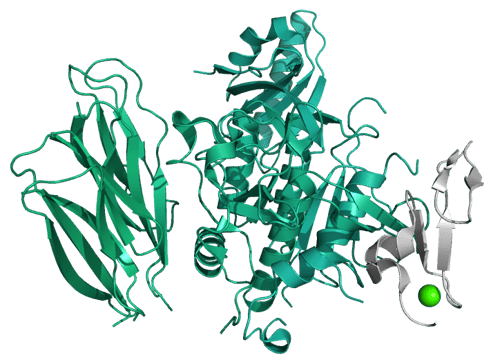 He overcame that limitation by teaming up with scientists at Atomwise. Mayer applied for the company’s Artificial Intelligence Molecular Screen (AIMS) Award, a program that provides academic scientists with free access to customized virtual screening of millions or even billions of small molecules through the company’s AI-powered AtomNet® technology. Award winners also receive a plate of dozens of small molecule compounds for follow-up functional testing.

While Mayer had the requirements for the AIMS Award — a crystal structure and a functional assay to screen compounds — he also knew this would be a daunting project, and said so. “I told them it’s a very difficult target, and that millions of compounds had already been screened without success,” he recalls.

With the AIMS Award, Mayer and his team worked with the Atomwise team, led by Dr. Terrence O'Brien, to develop a novel strategy to target the PCSK9 protein. After virtually screening small molecules, Atomwise sent Mayer a plate of about 90 compounds for testing. “As soon as we got the compounds, we were ready to begin with the functional assay,” he says. “When we screened the compounds, we found one hit very quickly. We repeated the assay several times and it always gave this clear result.”

That single hit has propelled the team to focus their efforts on development. “All we needed was one,” Mayer says. Now, his team is working to optimize the molecule, adding key modifications to achieve strong binding affinity, potency, and bioavailability. He anticipates working closely with Atomwise during this next phase as well.

“The real goal has always been to find a small molecule that would reach the most patients possible,” Mayer says. Thanks to his AIMS Award, he and his team — as well as patients in need around the world — are one huge step closer to making that happen.