Young Tang was on the road to becoming a physician when he realized that research was his real calling. During his medical training, as various professors taught him about the wide range of diseases and treatment regimens, what struck him most was that “for the majority of diseases, there are no treatments,” he says. “That inspired me to realize what’s most needed is effective medicine.” As Tang moved away from practicing medicine, his research also moved away from human disease and toward agriculture. 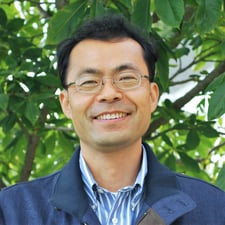 Today, he is an assistant professor in animal science at the University of Connecticut, where his lab is now poised to make a major difference in the health of livestock. In one project, he and his team have developed what could become an effective new treatment for porcine reproductive and respiratory syndrome virus (PRRSV), an infection that leads to reproductive failure in pigs and is responsible for approximately $600 million in losses each year for U.S. pig farmers alone.

How the virus works has been fairly well characterized: PRRSV targets CD163, a cell surface receptor expressed in pig monocytes and macrophages. “It has been shown in pigs that if this receptor is blocked, the pig will become resistant to the PRRS virus infection,” Tang says. His idea, put simply, was to screen the crystal structure of the CD163 protein against as many compounds as possible to find one that blocks the key receptor.

But as an academic scientist, Tang does not have the kind of lab resources that would be needed to carry out such a high-throughput compound screen. So he turned to Atomwise, which uses a sophisticated AI tool called AtomNet® to screen millions of small molecules computationally. Atomwise offers the Artificial Intelligence Molecular Screen (AIMS) Award, a program that gives academic scientists free access to customized virtual screening and a plate of dozens of small molecule compounds for follow-up functional testing. 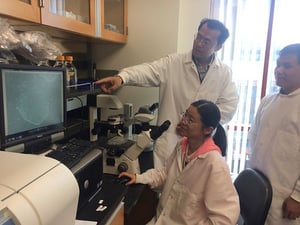 Tang’s lab worked closely with Atomwise’s medicinal chemists, who optimized the screen and selected the best candidates from the compounds predicted by AtomNet®. Those 74 compounds were delivered to Tang’s team, which had already developed an assay to mimic the viral protein’s interaction with the CD163 receptor.

“We screened all the Atomwise compounds and, very excitingly, found one that shows strong inhibition in the assay,” Tang says. “It could potentially block the viral infection of cells.”

Follow-up testing in pig macrophage cells demonstrated that the compound did block infection effectively. Next, using the structure of the winning compound, Tang looked at compounds with similar structures, identifying several new candidates that may also have a blocking effect. He and his lab are also working closely with Atomwise to hone the screen for additional compounds based on that structure. “We use their medicinal chemistry expertise to predict more of those effective compounds based on the current structure prototype,” says Tang, who will receive more compounds from Atomwise as part of the advanced AIMS Prime program, which involves a more refined virtual screen and assistance advancing any hits to a lead, including establishing the structure-activity relationship, and further validating and improving on-target activity. 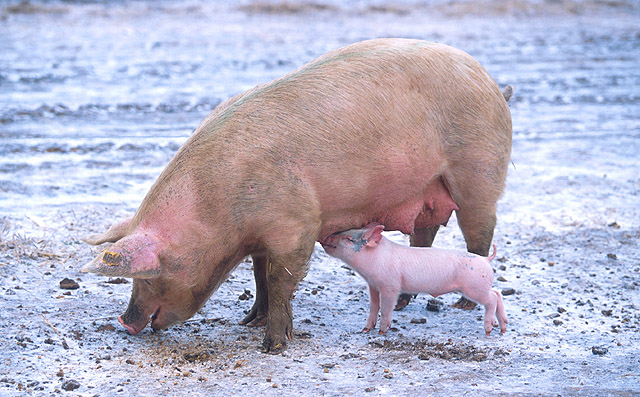 Looking ahead, Tang hopes to translate these findings into live animal studies in the near future. The progress he has made from the original concept of using the receptor’s crystal structure to find a candidate treatment has been remarkable — and would have not have been possible without Atomwise’s AI tool and the AIMS Award. “When we got those first compounds, I had no idea whether they would work,” Tang says. “I feel very lucky that we have been so successful.”