Professor Jörg Stetefeld is neither a virologist nor an immunologist. From his earliest days as an X-ray crystallographer, his entire career has focused on resolving the structure of proteins. But when the COVID-19 pandemic swept across the globe, Stetefeld and his team at the University of Manitoba knew they wanted to do something to make a difference. 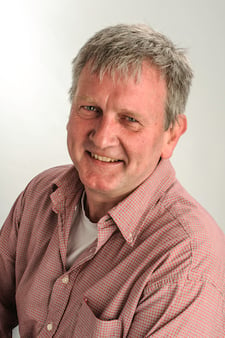 Fortunately, Stetefeld had something most scientists don’t: a tried-and-true path for rapid, high-quality drug screening at no cost. As a previous winner of Atomwise’s Artificial Intelligence Molecular Screen (AIMS) Award, Stetefeld knew just where to begin his effort to help fight the pandemic. Today, his team is preparing to run functional assays on dozens of compounds that have shown promise through in silico screening for blocking the SARS-CoV-2 virus from interacting with human cells. If it works, this would be a game-changing advance in the fight against this deadly pathogen.

Through the AIMS Award program, scientists in academia and non-profit research institutes get free access to customized virtual screening of millions of small molecules through AtomNet® technology and a plate of as many as 72 small molecule compounds for follow-up functional testing. They also get the benefit of the Atomwise team’s expertise in medicinal chemistry and computational biology to help them make the most of their project.

In his Manitoba lab, Stetefeld and his team have deep expertise in protein biochemistry and structure, using tools like X-ray crystallography, scattering techniques, and cryo-electron microscopy to resolve protein structures down to the atomic level. “Our philosophy is that if you understand how something looks in three dimensions — with an extremely sharp picture of it — then we can get a feeling of how it works,” Stetefeld says. “If you have this in mind, then you can develop drug targets.” 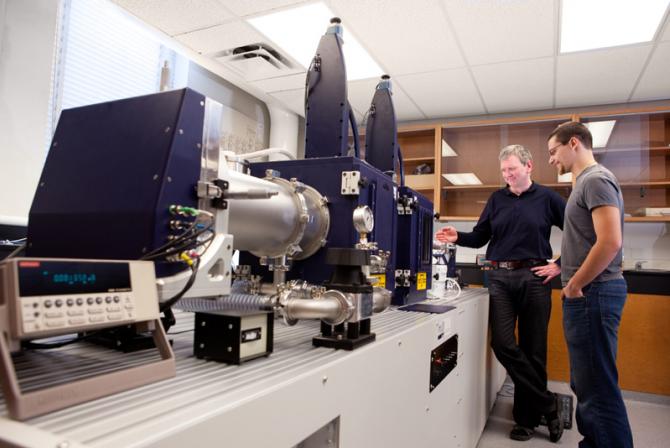 The lab’s focus is primarily on cancer, working with the dependence receptors expressed on many cancer cells that bind to a ligand called netrin. “If you are able to interfere with the interaction of netrin and dependence receptors, then these cells undergo apoptosis,” Stetefeld says. His team generated complex crystal structures to see exactly how and where netrin binds to those receptors, and then in 2018 used that information to apply for an AIMS Award in the hopes of finding compounds to block the interaction.

When his first project for netrin was selected, Atomwise deployed its AI tool to screen millions of compounds against the structure resolved by Stetefeld and his lab. “It was impressive how fast and how powerful they are,” he says, noting that the company’s AI-powered approach is unique and accelerates the discovery process by orders of magnitude. “They even gave us up to 100 compounds to test. As a university lab, we could never do this on our own.”

Using the compounds delivered by Atomwise, his team ran assays to see which ones successfully bound to netrin and blocked its interaction with the cancer cell receptors. When one of the compounds performed as desired, Stetefeld worked with Atomwise again and received 20 derivatives of the compound to see if potency and efficacy could be improved further. “We never paid a cent for any of this,” he says.

When SARS-CoV-2 emerged, Stetefeld turned to the AIMS Award once more. He may not be a virologist, but since viruses are essentially a bundle of proteins optimized to take over host cells, Stetefeld’s expertise turned out to be the perfect fit. “We tackled one of the key systems, the polymerase, which the virus needs to interfere with our cells,” he says. “It is known that if you inhibit this protein, the virus can’t affect us anymore.” A dive into the literature revealed that the polymerase nsp12 required a cofactor nsp8; and if that protein-protein interaction could be blocked, Stetefeld thought, the virus could be rendered harmless.

With the 3D structures of those proteins, Stetefeld applied to Atomwise and was selected for another AIMS Award. “What impressed us was the extremely fast turnover,” he says. His application was reviewed and accepted in days, and a research agreement was formed in just one week. Then the Atomwise team ran its massive AI-powered screen and ordered the best candidate compounds in just six days after the project started. Stetefeld’s lab is now testing those compounds and honing the assays that will be used for functional testing. In the drug discovery world, that time frame is “unheard of,” he says.