Until recently, a diagnosis of sickle cell disease was considered a death sentence. Now, people with this blood disorder are more likely to live well into adulthood, but they still suffer from severe bouts of pain and an increased risk of infection.

The genetic mechanism behind sickle cell disease was worked out decades ago: it’s caused by a mutation in the oxygen-carrying protein hemoglobin, causing clumping of the hemoglobin and sickling of red blood cells that eventually lead to blood vessel blockages and organ damage. Once that was known, researchers assumed a treatment would soon follow.

“People thought it would be very easy to get drugs to treat this disease,” says Martin Safo, a medicinal chemistry and an X-ray crystallography expert, and the Head of the Institute for Structural Biology, Drug Discovery and Development at Virginia Commonwealth University who has been working on sickle cell disease drug discovery for the past 30 years. “But with the complex nature of the disease, even if you find a drug that targets part of the pathophysiology, there are several others the drug may not work for.”

During the years that Safo has studied sickle cell disease, he has seen drug candidates come and go, including from his group. As the hopes for an easy cure slipped away, so did the research community’s focus on the blood disorder. “When I started, there were a fair number of people in this area of research,” Safo recalls. “None of them were able to come up with a drug. One by one, people just abandoned it.”

But for Safo, finding a treatment is more than a research interest, it’s a personal mission too. He has family members diagnosed with sickle cell disease. This motivation has kept him going when so many others have abandoned the quest. “I will work in this area until I retire or find a promising treatment,” he says.

That dedication has led to some potential drug candidates coming from the Safo lab, where researchers understand that trying many angles of attack is essential. Most recently, he has been working with the experts at Atomwise to see if AI-powered virtual screening might reveal new leads for this challenging disease.

Safo learned about Atomwise’s unique approach to drug discovery when his former postdoc Mostafa Ahmed landed a job there. They teamed up again when Safo applied for and won the company’s Artificial Intelligence Molecular Screen (AIMS) Award program, which gives academic scientists free access to AtomNet® technology for customized virtual screening of millions or even billions of small molecules. Award recipients also get dozens of small molecule compounds for follow-up functional testing.

Safo’s team challenged Atomwise’s technology to identify activators and inhibitors for potential targets for sickle cell disease. One target, erythrocyte pyruvate kinase, is part of the glycolysis cycle and is associated with a metabolite that has an allosteric effect on hemoglobin, amplifying symptoms for sickle cell patients. Activating pyruvate kinase could indirectly reduce the metabolite levels and minimize disease impact. On the other hand, inhibiting this target has been shown to impair the survival of cancer cells. Therefore, both activators and inhibitors of this target are potential therapies for sickle cell disease and cancers respectively. 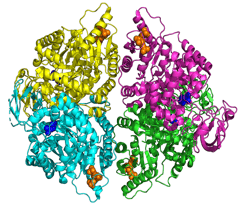 After computationally screening billions of compounds for this target, the Atomwise team identified those predicted to have the best binding and affinity. These compounds were predicted to bind to an unconventional binding site that is deeply buried in the PKLR tetramer, compared to typical binding sites that are solvent exposed. These compounds were sent to Safo’s lab for functional testing, and both activators and inhibitors were identified. 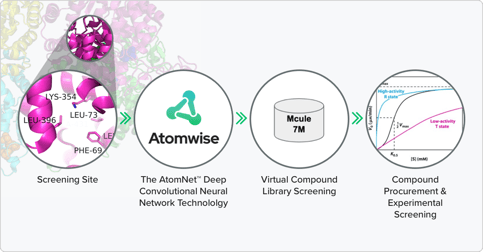 Already, results have been promising. “It has been a very fruitful collaboration,” says Safo, noting that some of the compounds appear to have good potency and selectivity. His team is currently moving from in vitro tests to targeted drug design and preliminary animal studies for some of these low micromolar candidates. “I don’t think I would have gotten here without Atomwise,” he adds.

In addition to the tremendous value of virtual compound screening, Safo says AIMS Award winners benefit from the quality of compounds delivered. When his own lab orders compounds from vendors, he notes, “most of the time you get compounds that are not pure.” But the ones he has received through the AIMS Award are very different. “These compounds provided to us by Atomwise are highly pure. They come in ready for testing, which has helped us move our project ahead very fast.” 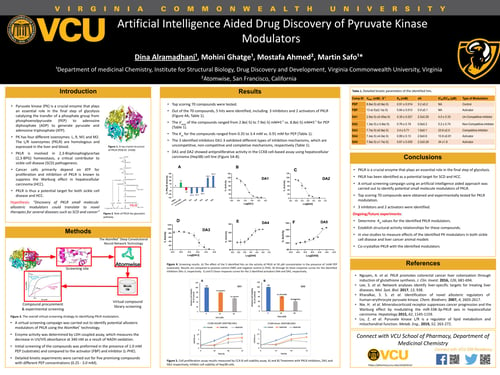