There is no treatment for the most common form of age-related macular degeneration, the leading cause of blindness in the developed world. But thanks to a fruitful collaboration between Professor Jeff Perry at the University of California, Riverside, and the Atomwise team, we are one giant leap closer to changing that. 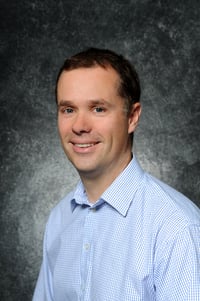 Age-related macular degeneration, or AMD, occurs most often in people who are 50 or older. The predominant type of AMD is known as “dry,” and tends to begin earlier and progress more slowly than the type known as “wet.” While there are somewhat successful treatments for wet AMD, there are currently no options for people diagnosed with dry AMD. Globally, nearly 200 million people have AMD, with the vast majority of those cases classified as dry AMD.

Perry, an academic biochemist, may seem an unlikely hero to the millions of people suffering from AMD. After all, he doesn’t have the extensive funding available to scientists at leading pharmaceutical companies, nor does he have access to the million-dollar instruments and robots that fill their labs. What he does have, though, is deep expertise in structural biology, and a corporate partner using AI to power structure-based computational drug design.

That alliance began when Perry was selected as a winner of Atomwise’s Artificial Intelligence Molecular Screen (AIMS) Award, a program that grants academic scientists free access to customized virtual screening of millions of small molecules through AtomNet® technology and a plate of as many as 72 small molecule compounds for follow-up functional testing. AIMS awardees work closely with Atomwise’s medicinal chemists and computational biologists to help optimize the screening process and make the most of the compounds delivered.

In Perry’s case, the project involved a computational screen of 10 million compounds. “In my lab, that would have taken a long time, and what happens if it cost me $1 per compound? I don’t have that much money kicking around,” Perry says. “The AIMS program allows an academic lab to get into drug discovery in more depth than would otherwise be possible.” 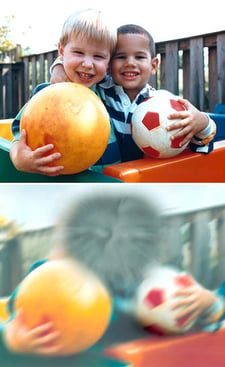 The AIMS Award helped Perry’s lab pursue HTRA-1, a protease that has been associated with cell growth regulation. Variants in the HTRA1 gene encoding this protein have been shown to increase susceptibility to AMD, making it an intriguing target. Perry suspected that inhibiting HTRA-1 could provide a path forward to help so many AMD patients who lack effective treatment options. With his expertise in protein crystallography and biochemistry, he was able to use activity assays and leverage the high-resolution structures of HTRA-1, which served as the foundation he needed to apply for the AIMS Award.

“Atomwise has some really exciting technology that meshes well with our structural biology focus,” Perry says. By conducting in vitro studies on the purified HTRA-1 protein, his team made it possible to deploy AtomNet®, which uses structural information to perform an in silico screen of millions or billions of small molecules to look for the best candidates for desired binding traits. Perry’s team then tested the compounds deemed most promising, and provided their results back for the Atomwise AI to continually hone its performance. “It’s an accurate and fast method for doing drug discovery,” he adds. “The AI approach is fairly novel. We would not have been able to achieve the same level of screening without it.”

Today, the compound that emerged as the best candidate to inhibit HTRA-1 is being advanced into development through Theia Biosciences, a joint venture founded by UC Riverside and Atomwise to move this promising target closer to a therapy. “Atomwise has been very supportive in allowing us to work together and spin this out,” Perry says. “As an academic I want to be more focused on the science, so it really helps to have Atomwise handling the business side of things.”

Meanwhile, Perry’s lab is driving forward on a number of clinical fronts with AIMS Awards for cancer and other areas. “We have about 10 projects ongoing now,” he says. “We’re hoping that the results from this collaboration will open up new therapeutic avenues. We’re trying to pick targets that look quite probable but haven’t been studied in greater detail.”